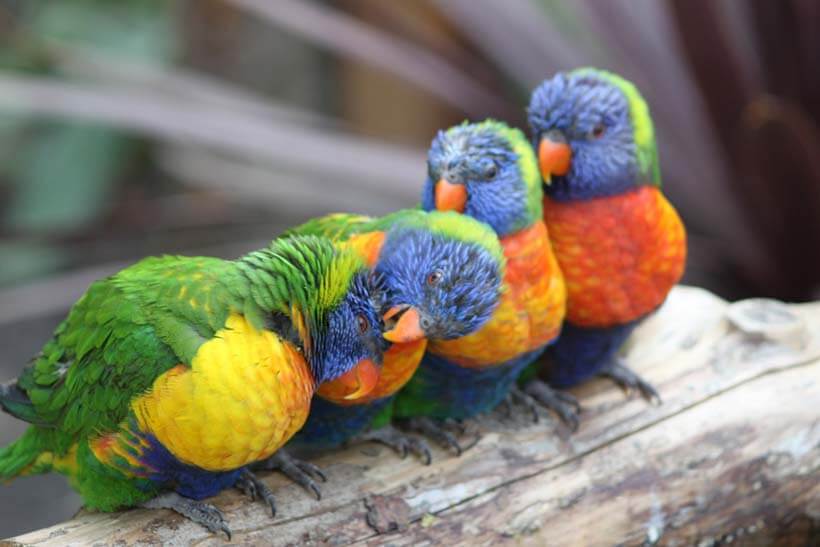 Feather picking is an obsessive, destructive behavior pattern of birds during which all or part of their feathers are methodically pulled out, amputated, frayed, or in some way damaged by the bird’s excessive preening. It is one of the most frustrating and disconcerting conditions of pet birds, in particular parrots. Feather disorders rank as some of the most challenging and difficult conditions to diagnose and treat in avian veterinary practice. Feather picking is not difficult for the owner or the veterinarian to recognize, affected birds look very much the same. A feather picking in birds is identified by the presence of healthy head feathers and feather loss and/or mutilated feathers in the body areas accessible to the bird’s beak. Commonly picked areas include the breast, inner thighs and legs, under the wings and center of the back.

There are both medical and non-medical causes of feather picking. Feather picking may be a reflection of underlying organic disease related to changes in hormone levels, internal or external parasites, malnutrition, internal disease, and bacterial or fungal diseases of the skin and/or feather follicles. In contrast to popular belief, mites are uncommon in pet birds; especially those raised in captivity and kept predominately in doors. Non-medical causes include psychological and stress related dysfunction.

Feathers have a variety of functions including flight; protection from the environment (sun, rain, and cold); defensive displays, courtship and other forms of communication. Without feathers, wild birds could not survive. Careful and regular attention to the feathers and their condition is very important. Preening is the process by which a bird grooms itself. Each feather is groomed and cleaned daily to insure the health and condition of the feather. Birds use their beak, feet and nails to preen. Molting is the normal process by which old, worn feathers are lost and subsequently replaced by new feathers. The new feathers initially appear as a blood filled quill or “blood feather”. A blood feather is recognized by a bluish-black color inside the shaft of the feather. As the feather matures, the blood supply retracts and the shaft becomes clear to opaque. In addition, the growing feather is encased in a flaky cover called the feather sheath. The bird removes this sheath as it preens. The frequency of this process varies with the species, climate, time of year, and nutritional status of the pet. Normal molting and preening behavior should not be confused with eather picking in birds.

Some parrot species are more prone to pick for various reasons. Due to their highly intelligent nature, African gray parrots are commonly affected by psychological or “boredom” picking. The high emotional state of cockatoos predisposes them to sexual and psychological picking. Amazon parrots commonly show a cyclic picking often associated with self-mutilation esp. of feet. This picking may cycle every 3-6 months for years. It often becomes more intense during the breeding season. Giardia, an intestinal parasite, is a common cause of picking in cockatiels.

A complete history is very important in the evaluation of a feather picking bird. In many cases, seemingly insignificant changes in the bird’s environment can result in stress and resultant picking behavior. In addition, a complete physical examination should be performed to evaluate the bird for any external evidence of disease or feather abnormalities. The species of bird, findings of the physical examination and evaluation of the history will determine what additional diagnostic tests or procedures that are indicated to ascertain the cause of the picking behavior. A diagnosis of behavioral feather picking can be strongly suspected based on species predisposition and history. If no evidence of medical illness exhists, then behavioral picking, a diagnosis of exclusion, should be considered. This type of picking can be a displacement behavior resulting from boredom, fear, frustration, sudden change (i.e. new family schedule, favorite family member moved away, new bird or new pet, new cage location) or anxiety. It can also be an escalation of a normal behavior such as grooming or sexual courtship. Mild cases with recent onset may respond to behavioral modification alone. Generally, the more extreme the picking behavior and the longer it has gone on the more difficult it will be to achieve a cure. In chronic cases, a combination of behavioral modification, environmental manipulation, nutritional and medical management is often necessary.

Diagnosis or identification the Cause of Feather Picking

Diagnosis or identification of the underlying cause of picking is often difficult but is essential in successful treatment. A combination of the following diagnostic tests/procedures may be recommended depending on the individual case and preference of the veterinarian. These tests may include:

Skin scrape-surface of skin I scraped to remove superficial cells and debris to examine for parasites.
Feather squash prep-examination of the fluid inside a feather shaft for bacteria, parasites or fungus.
Feather examination-visual and microscopic examination of plucked feathers for damage and/or parasites
Fecal examination-evaluation for parasites
Gram’s stain-special stain performed on feces; material from skin, crop, sores, feather shaft etc. that stains any bacteria present. In this case, bacteria stain either red or purple. Generally “good” bacteria i.e. those organisms that are found in normal birds, stain purple whereas “bad” bacteria, those organisms that often cause disease, stain red. This test gives you an overall impression as to whether a bacterial infection is present.
Culture and Sensitivity-In cases where a bacterial or fungal infection is suspected, samples are collected and submitted to a laboratory. The offending organism, if present, can be grown, identified and tested to determine the appropriate medical treatment.
Complete Blood Cell Count-A blood sample is taken and analyzed for Red Blood Cells (carry oxygen to cells) and White Blood Cells (fight infection). Changes in the numbers of these cells can reflect the presence of an underlying disease process.
Serum Chemistry Profile-A blood sample is taken and analyzed for levels of enzymes, protein, and electrolytes. Changes in these levels can reflect the presence of organ disease such as liver or kidney disease.
Psittacine Beak and Feather Disease (PBFD) test-Requires a small blood sample used to evaluate for presence of PBFD virus in the bird’s white blood cells. This is of particular importance in Lovebirds, cockatoos, African gray parrots, and Eclectus parrots.

Chlamydia Test– requires a blood sample or swab of the cloaca (rectum) to evaluate for Chlamydia, a small bacterial organism that causes severe disease in birds and people.
Skin/follicle Biopsy -With the bird anesthetized, a small skin sample including a complete feather follicle is surgically removed from the area of picking. This sample is analyzed microscopically for evidence of parasitic, bacterial, viral, fungal or allergic disease of the skin.
Radiographs (x-rays)-To evaluate for fractures, bone infections, organ enlargement, presence of eggs, and airsac disease.
Laparoscopy– A surgical procedure in which a small viewing scope is passed into the abdominal cavity allowing the veterinarian to directly view the internal organs for evidence of disease. Biopsy and/or culture samples may be taken at that time.

Medications use in the treatment of behavioral/psychogenic feather picking may include:

Over the counter remedies, such as Bitter Apple, rarely work. Feather picking may be so ingrained into the bird’s behavior that it will continue regardless of the treatment and changes made. In addition, once the behavior resolves, it may reoccur at a future time.