This means the bones are “jointed” or have a common point for motion. 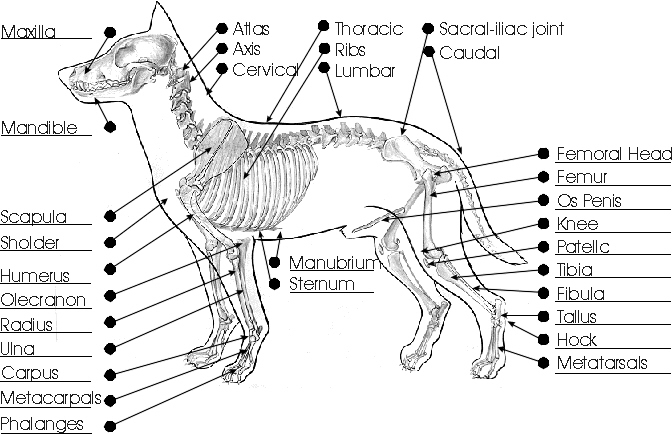 Form – provide a rigid structure for support of internal organs. This allows the animal to stand against gravity.
The Skeleton Protects more delicate internal structures.
Leverage is provided by bony attachments or protuberances for Muscles

Storehouse of Minerals to be released as the metabolic demands n the body change.
The Bone Marrow produces blood cells
Landmarks are useful from a surgical standpoint

Skull – Many bones fused – two moveable jaws. The rest of the cranium is rigid bone
Puppies “Soft Spot” Fontanel
Sagittal Ridge – Dorsal protuberance
Inner Ear – Bones which make up the inner ear
Pituitary Gland – The base of the skull has a fossa which protects the pituitary gland as it hangs from the ventral surface of the brain.

Upper Jaw – Maxillae
Pre maxillae – the bones which hold the incisor teeth.
Alveoli – the sockets which the teeth are held into the bone.
Lower Jaw –Mandible – Mandibular Symphysis – the junction of the right and left mandibles

Spine – Flexible part of axial skeleton made of vertebrae

Intervertebral Disc – these are the cartilage cushions between the vertebrae. Shaped like a “Jelly Donut” with the tougher outer cartilage “filled” with inner “jelly” disc material. That gives it the compressibility. 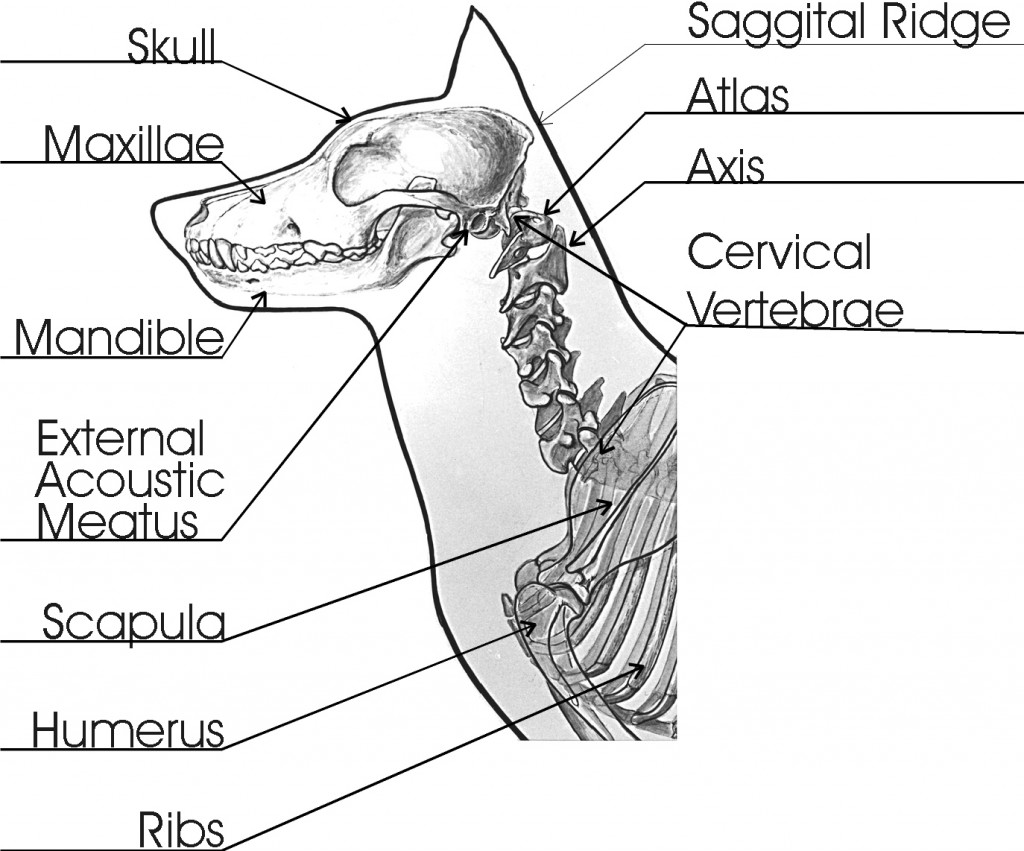 Sacral vertebrae – Three fused vertebrae caudal to the lumbar vertebrae. Serve as a singular point of attachment of the pelvis to the spine.. 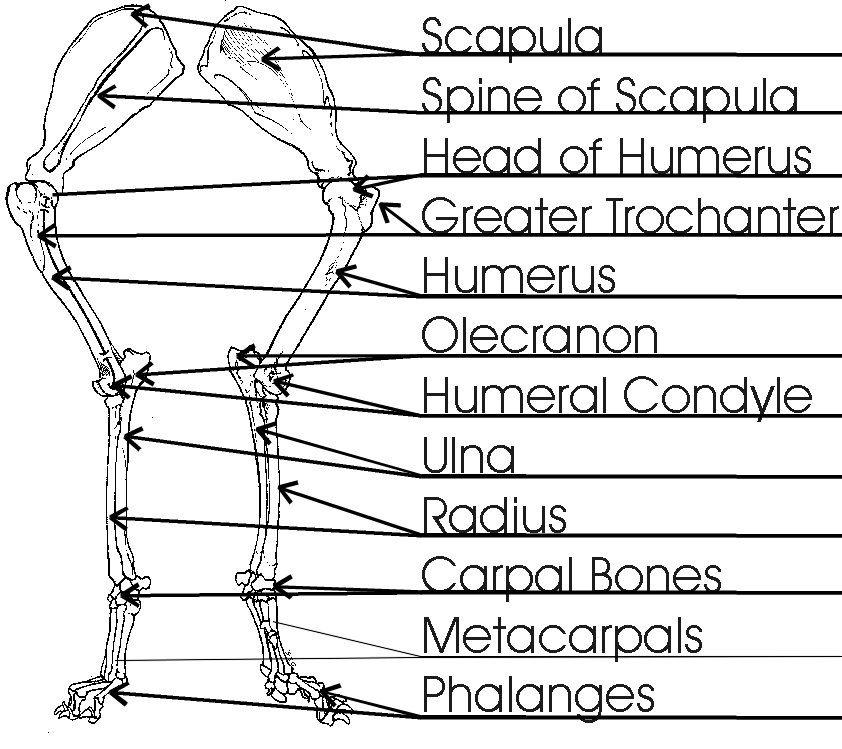