Diabetes is a common diagnosis in dogs and cats. An ancient disease, diabetes has been recognized in humans for thousands of years. The word “diabetes” literally means ‘dia’ = through ‘betes’ = to go. 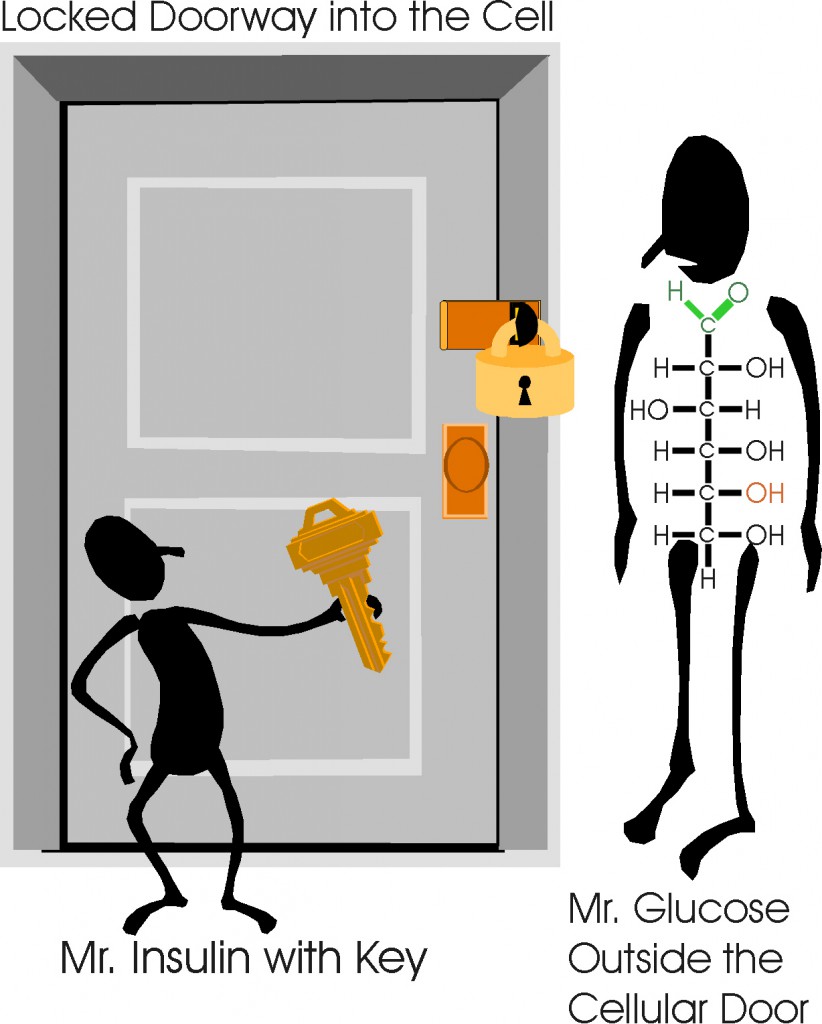 The term glycosuria (“sweet urine”) describes the urine of an affected animal. The term is derived from the ancient method of tasting the urine as a method of diagnosis. Thankfully, you will not be asked to use this method to determine if our client’s pets have diabetes. Nevertheless, this does give you an indication of the amount of sugar (glucose) that must be in the urine of an affected animal. All cells in the body depend on glucose as their fuel. Just like gasoline for our cars, cells cannot run without glucose. Yet the mere presence of glucose around the cell does not help it function any more than pouring gasoline on your car makes it run. For gasoline to work in your car, it must be placed in the gas tank and pumped into the engine through the carburetor by the fuel pump. Glucose is similar in that it must be helped into the cell by insulin. Blood glucose concentration rises after a meal, subsequently, insulin is released into the blood by the pancreas. This insulin opens doors that allow glucose into the cell. The blood glucose after a meal will continue to elevate for one to two hours, during which the insulin is continuously released by the pancreas. Without insulin, glucose accumulates in the blood stream and is eventually removed by the kidneys. 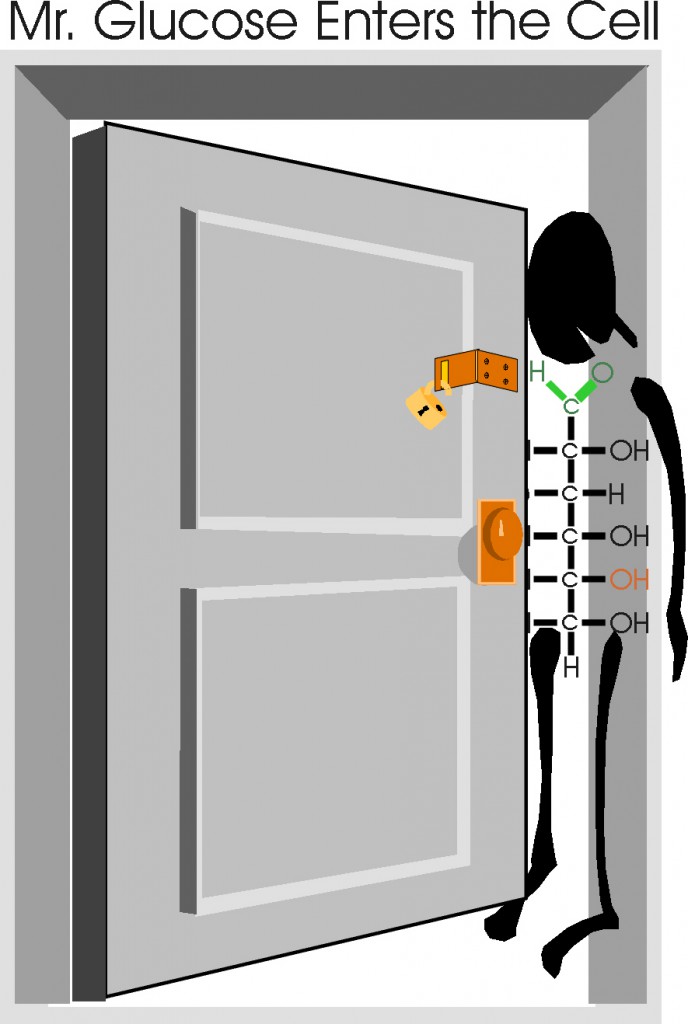 This excess glucose in the urine pulls water with it by osmosis causing the animal to urinate excessively. This excessive urination causes excessive thirst, which drives an animal to drink incessantly. Without insulin, the body cells are starving for fuel and they send hunger signals to the animals” brain resulting in a ravenous appetite. This appetite causes the animal to eat insatiably which in turn floods the blood with even more glucose.

Insulin is the treatment of choice for diabetes mellitus in pet animals. Insulin must be given by injection because it is a protein and would be digested in the intestine if it was given as a tablet. Insulin is available as pharmacological preparations for subcutaneous injection which have been formulated to slow its absorption and prolong its action. There are three types of prolonged duration insulin preparations: lente (mixed insulin zinc suspension), isophane (NPH) and protamine zinc insulin (PZI). Of these, protamine zinc insulin has the longest duration of action and lente and isophane insulins last long enough to be used on a once, or occasionally twice, daily basis in diabetic dogs.

Insulin products have to be treated carefully. They must be thoroughly mixed prior to use and must not be frozen, heated or shaken vigorously.

Unfortunately, there is no standard dose for insulin which can be applied to all animals. Each diabetic animal has to have its dose tailored to its individual needs which is done over a stabilization period. After such a period, maintenance insulin doses should remain relatively constant. In order to achieve stable control of a diabetic animal’s blood glucose by insulin, all the other factors which affect blood glucose concentration must be kept constant from day to day. These factors include the composition, volume and timing of meals and the amount of exercise the animal gets.
To keep diet constant from day to day it is best to use commercially produced rather than home made diets. Certain prescription or veterinary diets are a useful adjunct to insulin therapy such as Hill’s metabolic diet, w/d or r/d. These diets should be avoided in underweight diabetics which may need Hill’s i/d.
There are a number of different ways to stabilize a diabetic animal. Some pets are managed well with once daily injections but some will require twice daily. In some cases, hospitalization is necessary and in others it is not.
Two weeks after stabilization we will perform a serial blood glucose curve by repeated measurements of blood glucose regularly throughout the day. Such a curve can be used to decide if the dog needs twice daily injections or a change of insulin type.
The insulin treatment of cats is similar to that of dogs but usually requires twice daily injections because cats metabolize insulin much more rapidly than dogs.

Dogs which are off their food or need to be fasted as part of the management of vomiting or diarrhea need to continue to receive insulin, since withholding both food and insulin is likely to start the production of ketones and this will make the dog more unwell. Usually half of the dog’s normal requirement will prevent ketoacidosis and will be safe.

There are a number of conditions which can be associated with insulin insensitivity and therefore high insulin requirement (greater than 2 IU/kg). One of these results from insulin antagonism by progesterone in bitches which have recently been in season or which have had treatment to prevent them having seasons. Another is that caused by high levels of cortisol in diabetic dogs which also have hyperadrenocorticism (Cushings disease) or which have had repeated long acting glucocorticoid (steroid) injections. The best tests for hyperadrenocorticism are the low dexamethasone suppression test or the ACTH stimulation test but the results of these sometimes need to be interpreted with caution in diabetic dogs. Insulin insensitivity also occurs in dogs with chronic infections or chronic kidney failure.

In some dogs, even the prolonged duration insulin is used up very quickly and is no longer effective after 12…