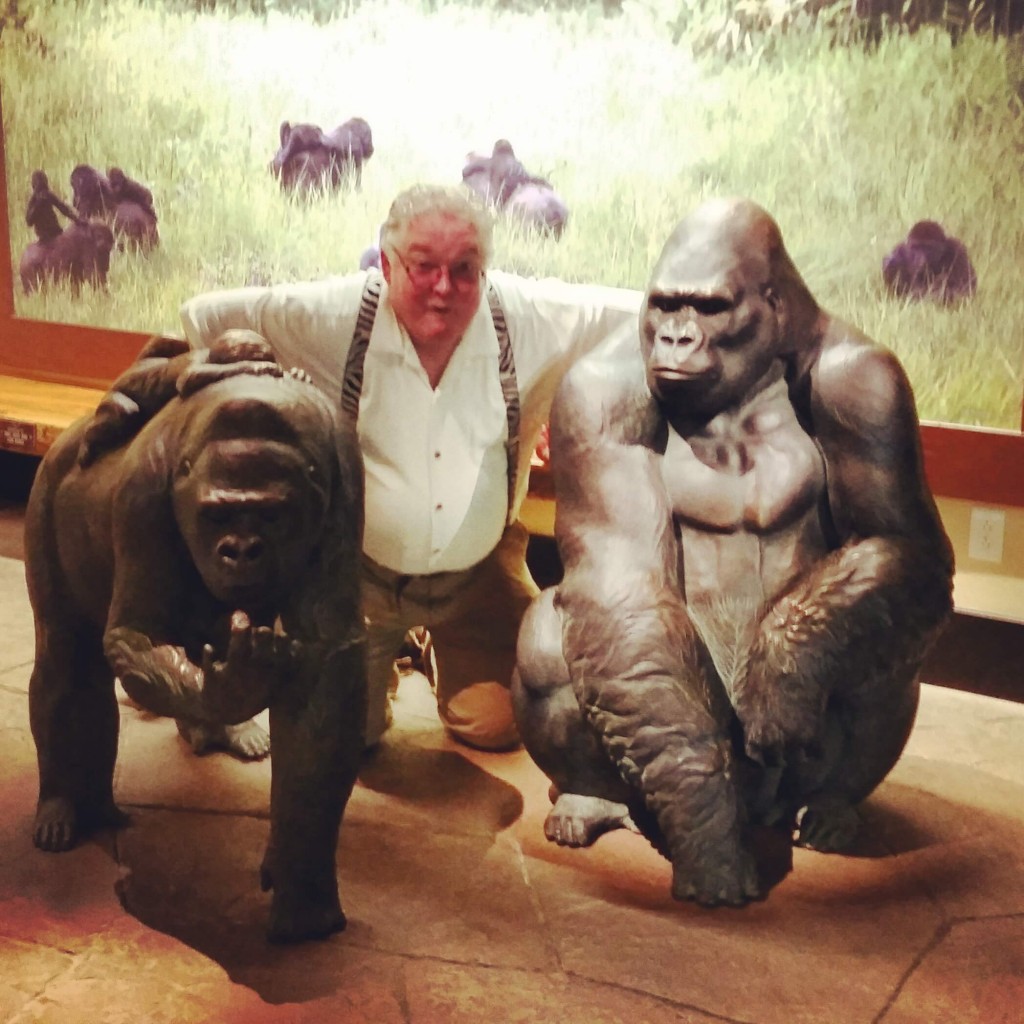 If you own a primate you know how different they are than any other pet. As our human cousins they can both be the most endearing and the most threatening animals that we interact with. Primate ownership comes with many responsibilities of housing, feeding and disease prevention. At Safari, we do not, as a rule, recommend the ownership of primates, because we understand that most people and their families are not ready for these challenges. Nevertheless, for people who have already committed to the ownership of a primate, we are here to help you any way we can. As you know, primates are close to humans genetically and, therefore, share many human diseases such as Tuberculosis, Herpes, Cytomegalovirus and many parasites such as Giardia, Strongyloides and Pinworms. Some of these diseases are fatal to humans and some of these disease when transmitted to non-human primates are fatal to them. For these reasons, Safari requires that all primates that we treat undergo a series of screening tests for infectious or contagious disease. In addition, we recommend vaccination of most primates with Measles, Teatnus and killed rabies vaccine. Most of these vaccines are not FDA approved for these species, but we are following protocols established by many zoos across the world when developing our recommendations. Most primates benefit from spay or neuter and at Safari this can be done as early as 10 weeks of age. All primates bite and removing the teeth is not the best solution. Investing in the understanding of the behavioral characteristics of your particular primate, along with how to modify this behavior, is best. 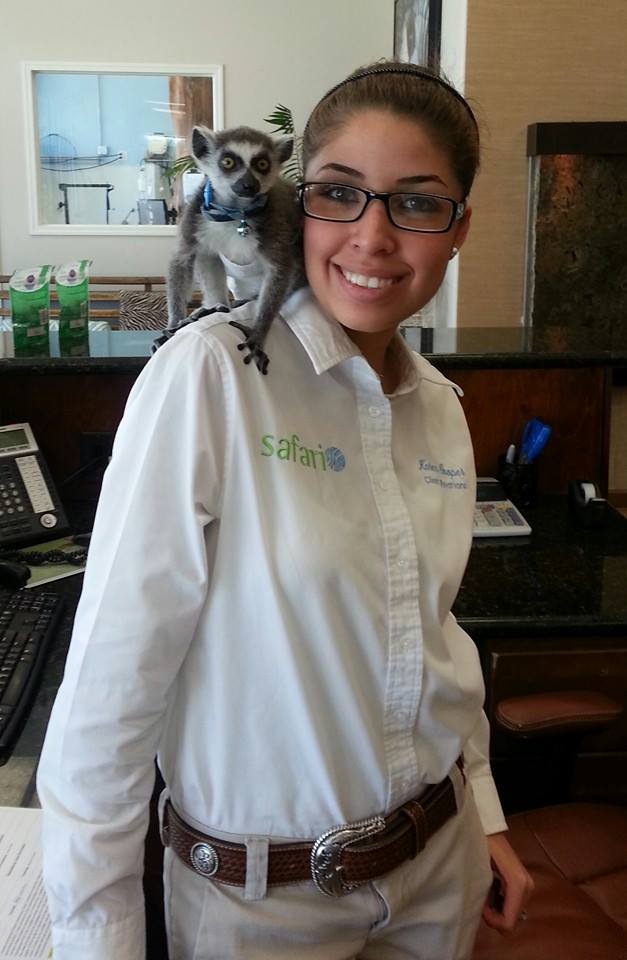 There are five New World monkey families of Mexico, Central and South America: 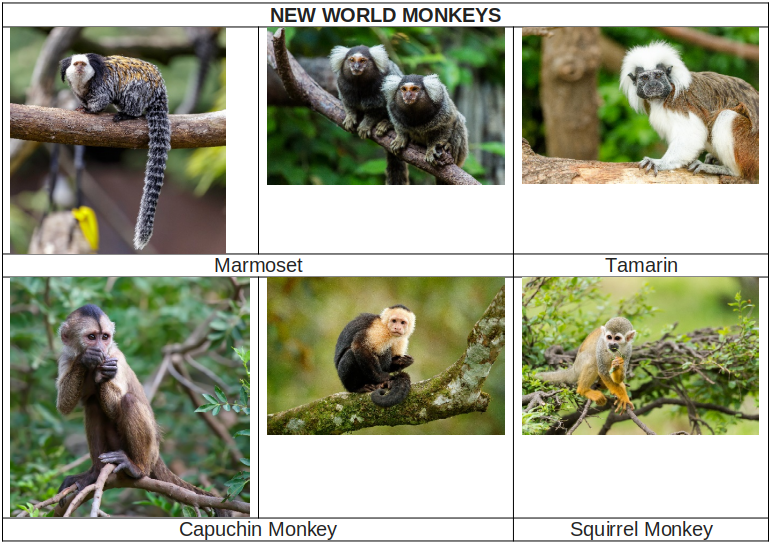 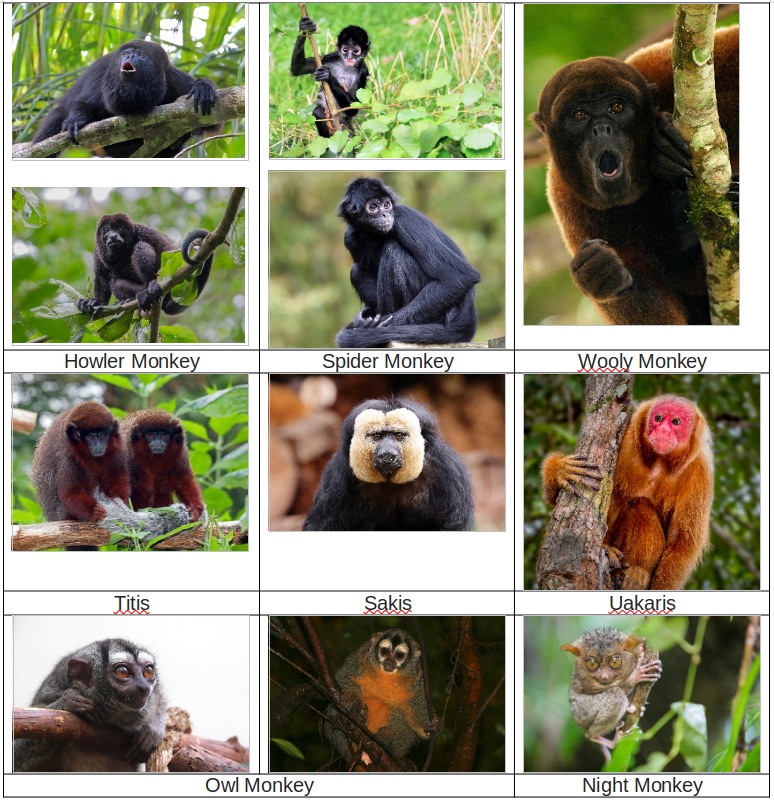 Herpesvirus tamarinus.HVT is an alpha herpesvirus carried asymptomatically by squirrel monkeys. Infection of marmosets, tamarins and owl monkeys results in necrosis of the skin, oral mucosa, multiple organs and is usually fatal. Herpesvirus can lead to malignant lymphoma in multiple species of callitrichids.

Measles. has been documented in many non-human primate species. Animals may be infected but show no symptoms. Or show clinical signs such as fever, diarrhea, pneumonia, and skin rash. Infection can occur after exposure to humans carrying the virus. Once infected monkeys do pose a risk to humans.

Squirrel Monkey Cytomegalovirus.This virus is common in squirrel monkeys and is not associated with clinical signs at this time. It may affect the immune system, but this is not proven. It is not transmissible to humans. It is included in this screen because squirrel monkeys are used for research and this virus may affect research outcomes.

Why is this Important?

Most of these diseases are viruses and are contagious to other New World monkeys that can infect and sometimes kill them. Only Measles is contagious to and from humans.

Our magnified reason for concern is that the illegal monkey trade across the Texas border has exploded in recent years with squirrel monkeys, spider monkeys and capuchin monkeys topping the list. These animals can be sold into the pet market for $5,000 to $10,000 each. Until they are sold, they are kept hidden in barrels, boots, tire inner tubes and who knows what. These stressful, unsanitary environmentsallow for disease transmission. Multiple species may be housed or hidden together and may transmit the diseases described above and many other human pathogens such as tuberculosis.

We do require this test panel prior to or at the same time as surgical procedures are done on New World species. In addition, there are other pathogens that can be transmitted from New World Monkeys to humans. These include:

Shigellosis. Infected non-human primates, including marmosets, can shed Shigella bacteria in the feces. Symptoms include diarrhea, fever, and stomach cramps starting a day or two after ingestion of the bacteria. The diarrhea is often bloody. Shigellosis usually resolves in 5 to 7 days.

Salmonellosis. Salmonella bacteria, shed in the feces of infected non-human primates, can cause fever, cramps, and diarrhea approximately 12 to 72 hours after ingestion. Persons with impaired immune systems can develop more serious illness if treatment is not received and the infection spreads to the bloodstream.

Cryptosporidium. Cryptosporidium is a parasite that affects many mammals. Infected animals shed the organism in their feces. It is resistant to disinfectants and will continue to be shed in animals after symptoms of illness have stopped. Most humans will develop diarrhea which typically resolves within 1 to 2 weeks without treatment. Immune compromised persons are at risk of developing serious disease.

Giardiasis. Giardiasis is caused by ingestion of the parasite Giardia and is shed in the feces of infected animals. Symptoms, including diarrhea, nausea and abdominal cramps may begin 1 to 3 weeks after ingestion and linger for 2 to 6 weeks.

Old World Monkeys are native to Africa and Asia:

Old-World Monkeys have 138 species of which below are a few of the common monkeys found in pet homes or research. 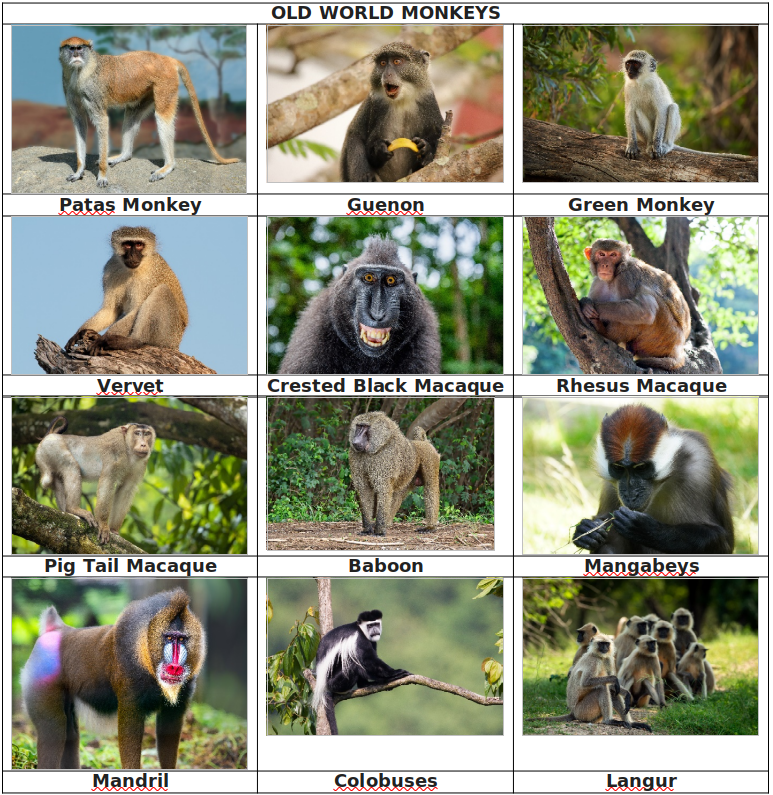 Sample collections should be done with full protective gear on:

The Apes are not treated at Safari. The Apes or Great Apes as they are called include the Gibbon, Chimpanzee, Gorilla, and the Orangutan. All Apes are endangered historically from habitat destruction but more recently with infection. The greatest threat to their survival as a species in Africa being the Ebola virus. Ebola infection is responsible for the death of at least one third of all gorillas and chimpanzees since 1990. 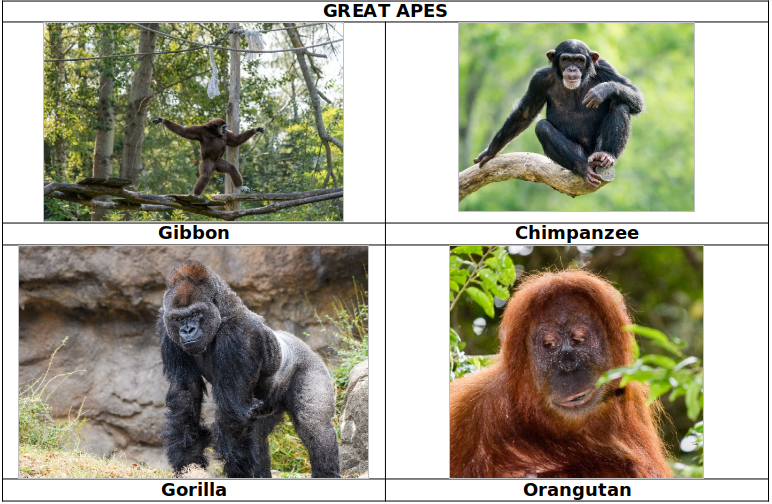