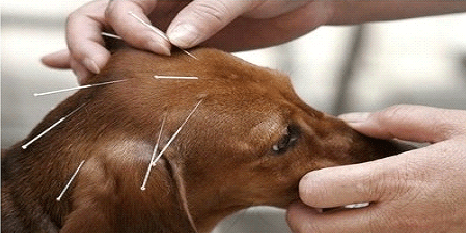 Acupuncture uses needles to induce changes in soft tissues. Acupuncture is believed to activate the built-in survival mechanisms that normalize the body and promote self-healing. Acupuncture points coincide with tissues that can elicit a strong neurohumoral response when irritated. These include nerves, neurovascular complexes, Golgi tendon apparatuses, and other sensitive tissues.

Acupuncture reduces pain by causing endorphin release. Acupuncture stimulates nerve fibers that block other nerves in the spinal cord. This is called the gate control theory of pain. Stimulation of nerve fibers also causes the release of cytokines and other chemicals responsible for inflammation.

Needle stimulation of the connective tissue causes the release of other chemicals called neuropeptides. These neuropeptides include calcitonin gene-related peptide (functions in the transmission of pain), nerve growth factor (critical for survival of sympathetic and sensory nerves), substance P (neurotransmitter) and vasoactive intestinal peptide (lowers blood pressure). These substances repair nerves, control blood pressure and improve nerve function.
In recent years, research has been prompted by the introduction of advanced brain imaging techniques such as functional MRI and PET scans, both of which have further elucidated the relation between acupuncture stimulation and activation of neural structures. Deactivation of the limbic system (responsible for emotional memory) by acupuncture stimulation has been noted by these studies. Acupuncture causes changes in brain chemistry resulting in changes in the amounts of internal opioids, glutamate and NMDA receptors, serotonin and cholecystokinin. All of which modulate the balance between the parasympathetic and sympathetic nervous systems.

Acupuncture in the IVDD patient is not curative but is initiated to relieve pain, reduce muscle spasms and stress and may modulate the immune response. Electrical stimulation of acupuncture points (electroacupuncture) is used most common today because it is less painful than manual stimulation, provides better analgesia, and facilitates standardization of therapy. Acupuncture may facilitate early mobility by reducing pain, inflammation and reducing stress. Early mobility may prevent muscle atrophy and reduce the degenerative effects on the intervertebral disc.