Inflammation of the external ear canal (external to the eardrum), otitis externa, is a symptom of many diseases and not a disease or diagnosis in itself. As many as ten to twenty percent of the dogs brought to the hospital have ear infections. In cats, it is much less common and usually involves parasites (ear mites). In fifty percent of the chronic cases, the eardrum is ruptured and extension of the infection into the middle ear is expected. This causes otitis media (infection of the middle ear). This middle ear infection becomes the source for otitis externa recurrence. Otitis media is also a common cause for failure of lateral ear re-section surgery to be successful.

The many causes of ear disease may be categorized as follows: 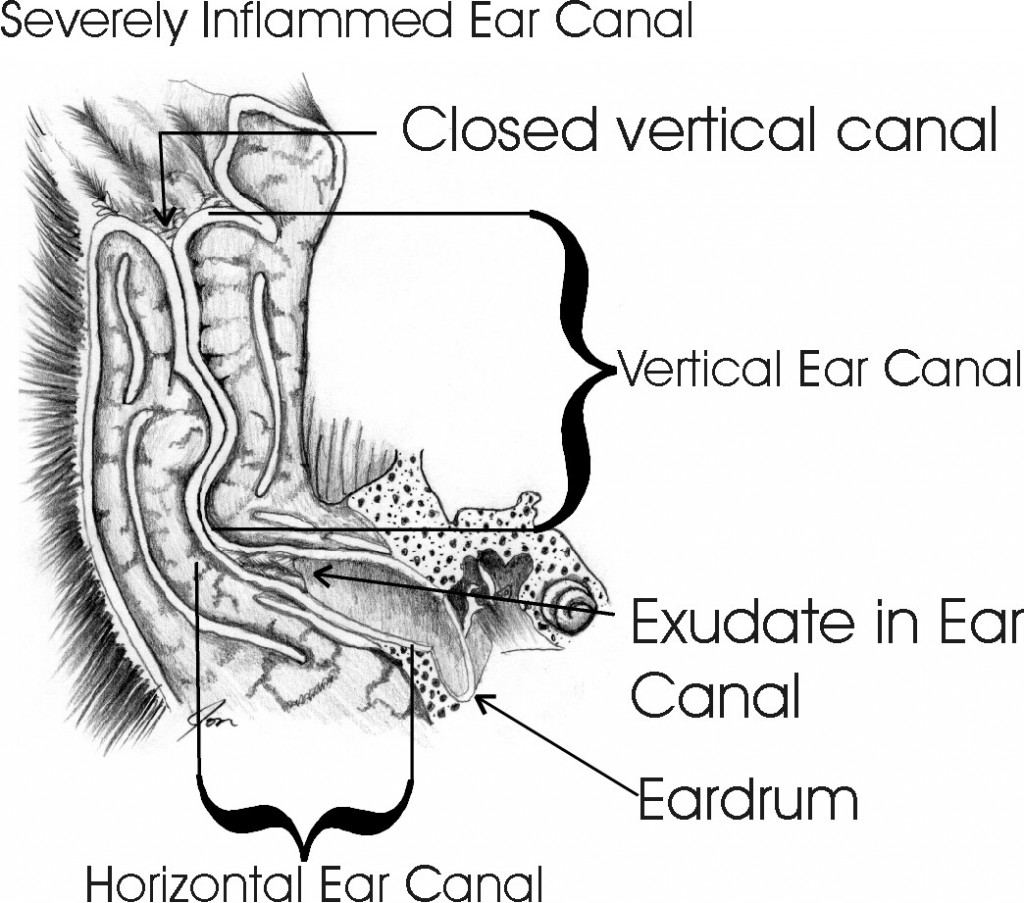 These factors increase the risk for a patient to have otitis – inflammation of the ear. The most common are:

A primary cause is an actual inciting agent that causes ear disease by itself without predisposing or perpetuating causes. 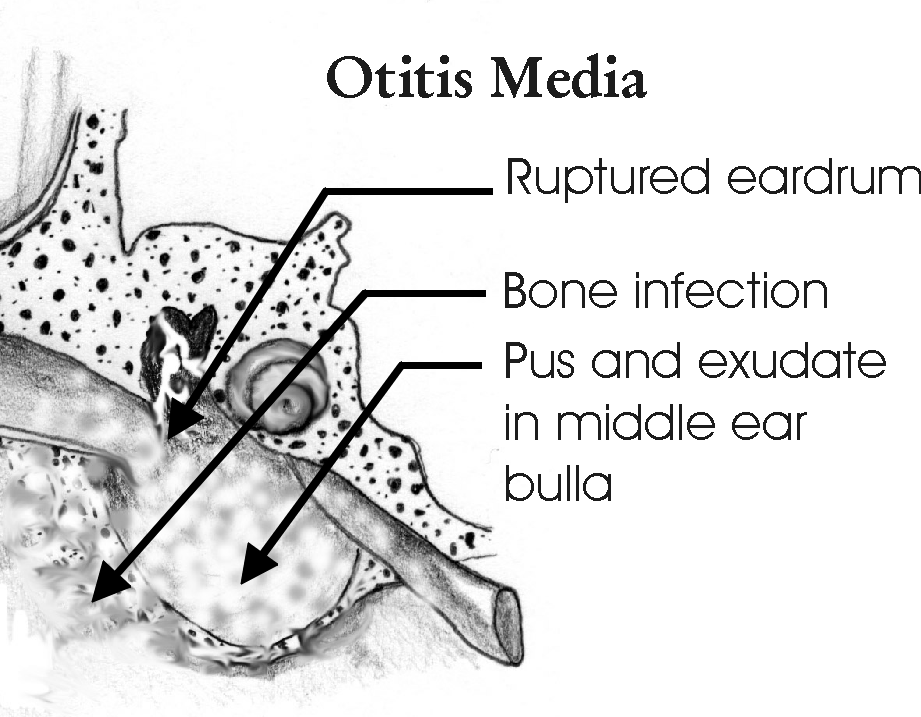 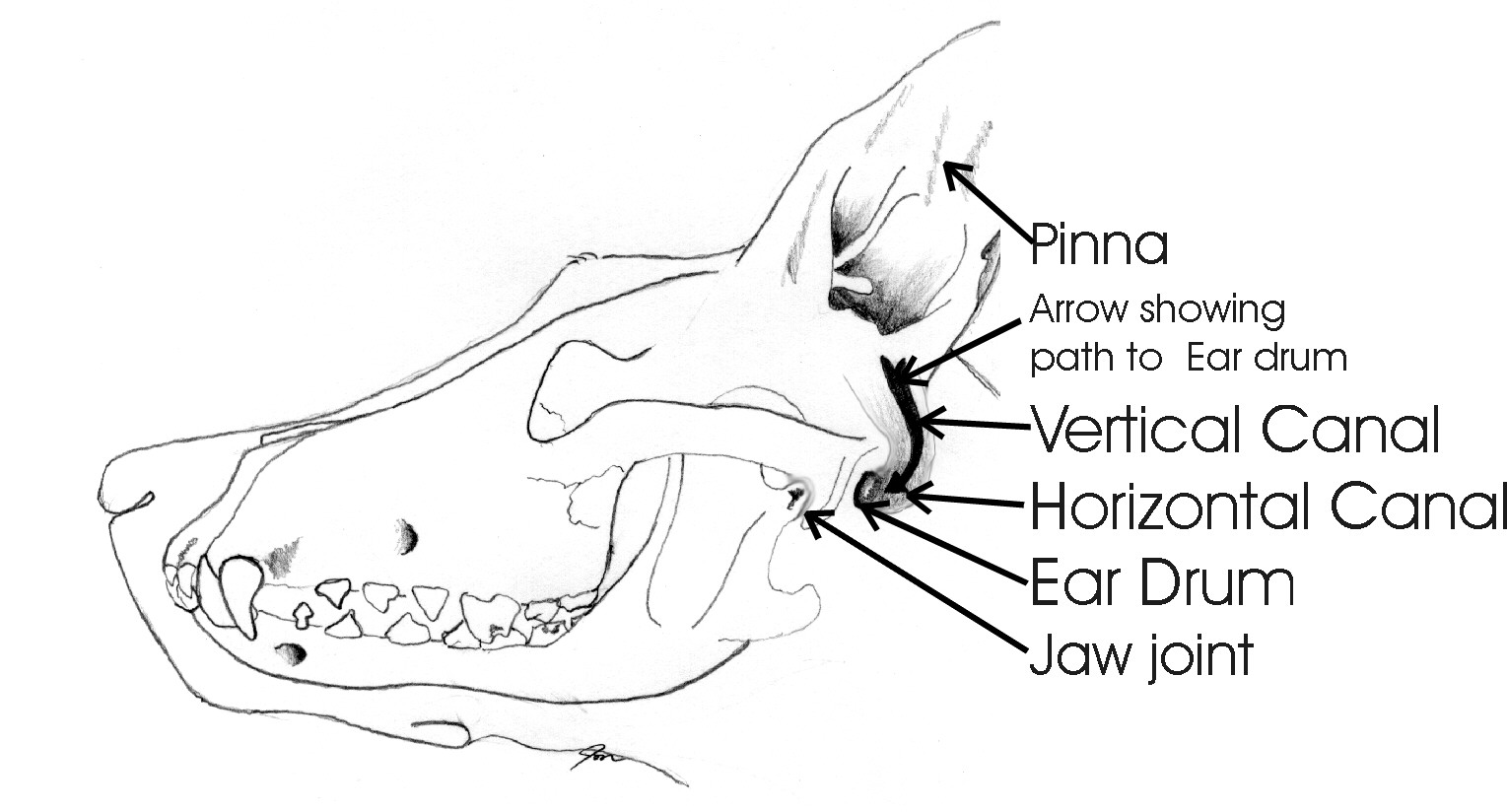