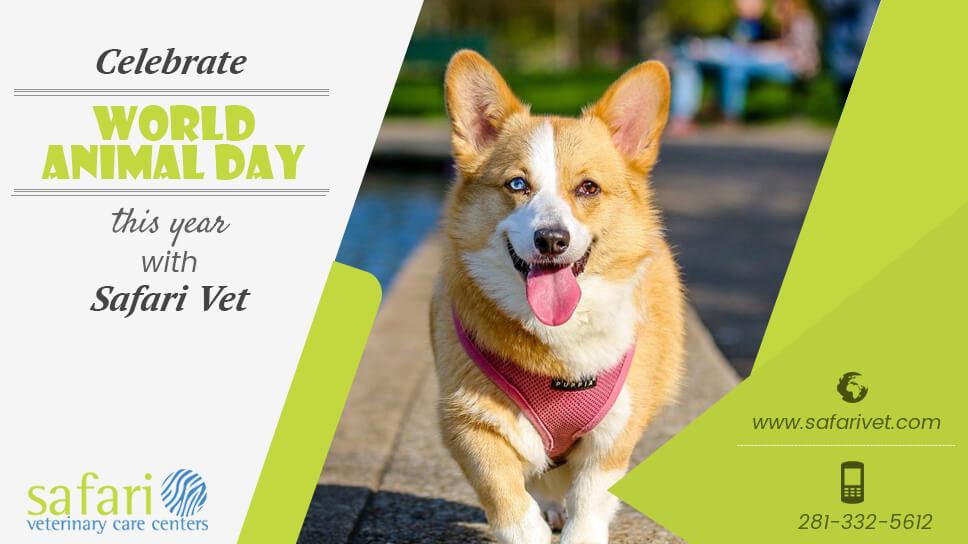 The earth is blessed with a large variety of animals, some of which are domesticated and found at any Animal Care Center around the world. And so, it makes a great deal of sense to dedicate one day in a year to their protection. This is why 4th October every year is christened World Animal Day.

What You Need to Know About World Animal Day

The first World Animal Day took place on the 24th March 1925 at Sport’s Palace, Berlin. Heinrich Zimmermann organized the event, and it was a massive success as up to 5,000 people attended it.

Heinrich Zimmerman had initially wished for the event to hold on the 4th October which will be in line with the patron saint of ecology, St. Francis of Assisi. But the venue was not available at the time.

However, in 1929, the date of World Animal Day was officially fixed on 4th October. Soon enough Switzerland, Austria, and Czechoslovakia followed suit, and by May 1931 at the International Animal Protection Congress in Florence, Italy, it was globally accepted.

You don’t have to wait until World Animal Day before you stand up for animals. You are at liberty to organize fundraising events at any time of the year.

You can volunteer at League City Animal Shelter, organize a bike ride, or even give treatment and care to animals at the Animal Care Center.

Taking care of street animals is everyone’s responsibility; you can run an art exhibition or bake sale, etc. You may also visit the Veterinary Care League City to pay for any animal that needs to undergo emergency surgery etc.

World Animal Day and How It Helps

The actions, as well as the awareness of every participant, can have outstanding significance on the treatment of animals worldwide.

All these developments help to spread highly crucial awareness. This is because the more people know about animals and their suffering at the hands of nature, poachers, etc. the more likely they will be willing to do something to help in conserving them and their habitats.

World Animal Day also engenders unity among people of all races, all for the sake of improving the lives of animals.

The primary objective of celebrating this unique occasion is to guarantee the safety of animals and to ensure their welfare remains at the top of people’s minds all the time.

Safeguarding animals helps to prevent the severe repercussions on the ecosystem which occur when any species go extinct. By celebrating World Animal Day with Safari Veterinary Care Centers, you will be able to bring people’s minds to the importance of balance in the world’s ecosystem.