This surgery is a more extensive version of the lateral ear canal surgery. Many hyperplastic ears require the removal of all the affected tissue. The entire ear canal is circumscribed and elevated from the surrounding tissues. This means that all that is left is the ear flap. All of the vertical ear canal is removed. The remaining horizontal canal is split into dorsal and ventral halves. These are sutured to the skin in a manner to allow drainage from the ear canal. This procedure is commonly done on cocker spaniels to remove the hyperplastic tissue that is producing all the wax and odor and pain. All that is left is a small opening for the ear canal to drain. Skin is used to close over where the ear canal used to be located. This procedure cannot be done if the ear canal is too calcified to manipulate. Many pets with sever long standing chronic infections have calcification of the cartilages of the ear canal. This calcification prevents normal manipulation of the cartilage. Animals with calcified ear cartilages will have to have a total ablation of the ear canal for resolution of their ear disease. The pets with calcified ear cartilages most likely would not have responded to the lateral rear canal remobval because the ere is most likely middle ear diseas. This middle ear must be surgically opened to allow drainiage and healing. 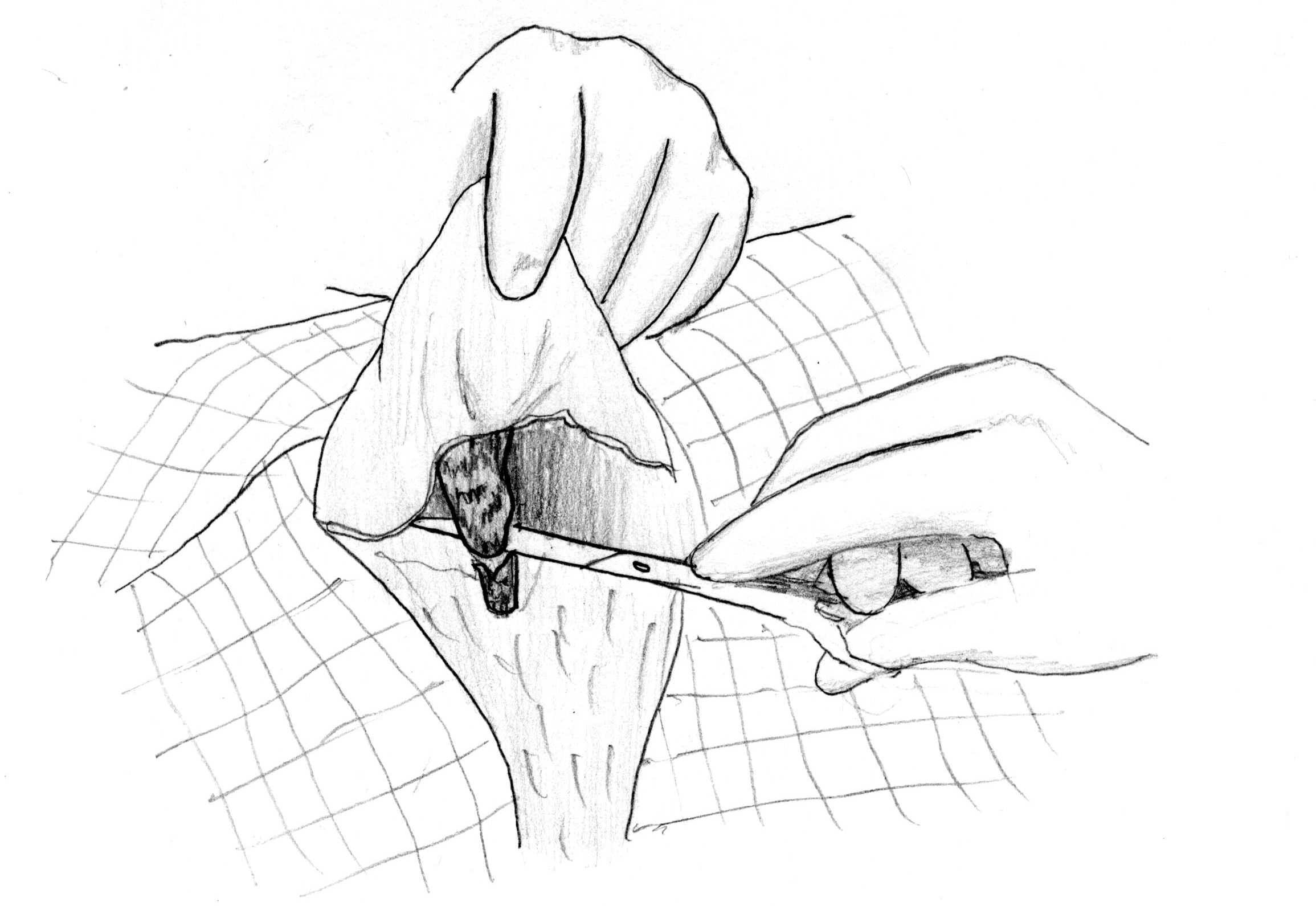 Hyperplastic Ear Canal Surgery 1. The vertical canal is isolated and separated from the surrounding tissues. 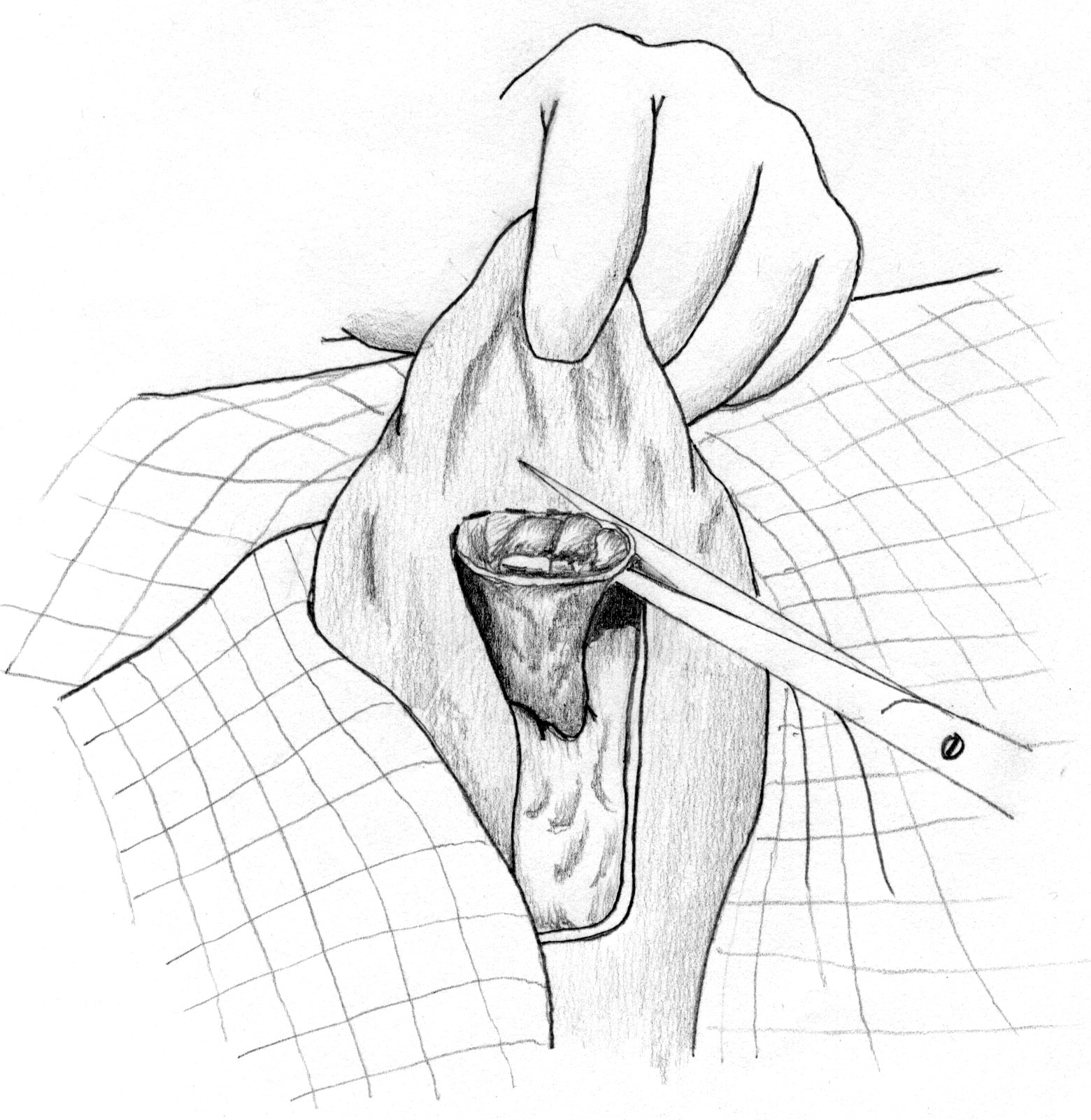 Hyperplastic Ear Canal Surgery 2.It is important to remove all the hyperplastic tissue to eliminate the excessive wax production, odor and pain. 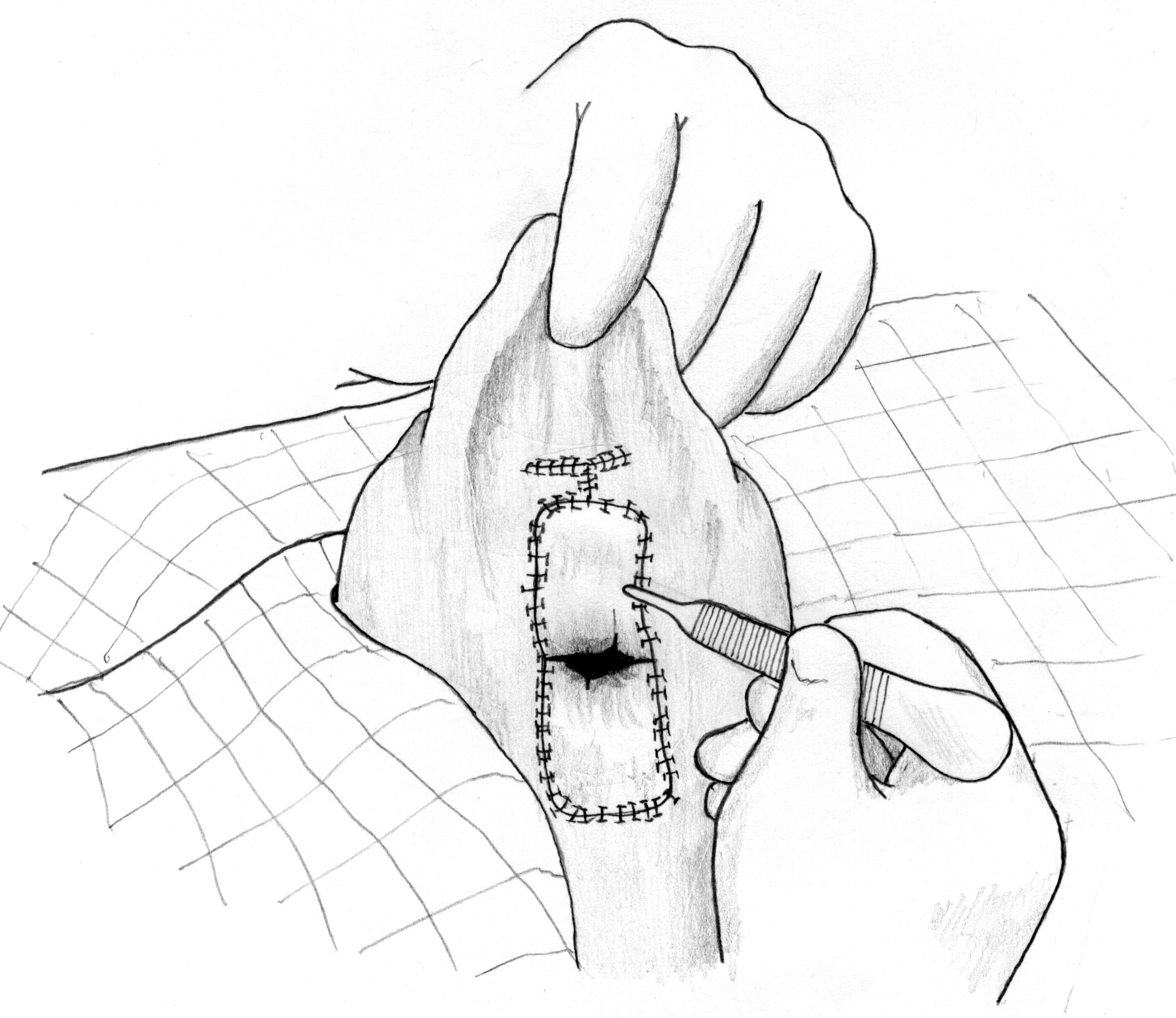 Hyperplastic Ear Canal Surgery 3.The vertical canal is split or spatulated and sutured to “normal” skin. The rest of the incision is closed.

This is a much more radical surgery that removes the entire ear canal from its attachment to the skull. The ear flap remains but there is no external opeining for the ear. This surgery is used in animals that have had chronic otitis for some time. Most of these pets have middle ear infections with the bulla filled with pus, infection and debris. The bulla must be opened and allowed to drain. This procedure is called a bulla ostetomy. A drain is placed through the bulla to allow medication after the surgery. This drain will be removed in a few days.

This surgery is not without complications. The facial nerve as well as other vital structures may be damaged because of their close proximity to the ear canal. While the surgery is painful and technically difficult, it has a relatively high success rate. 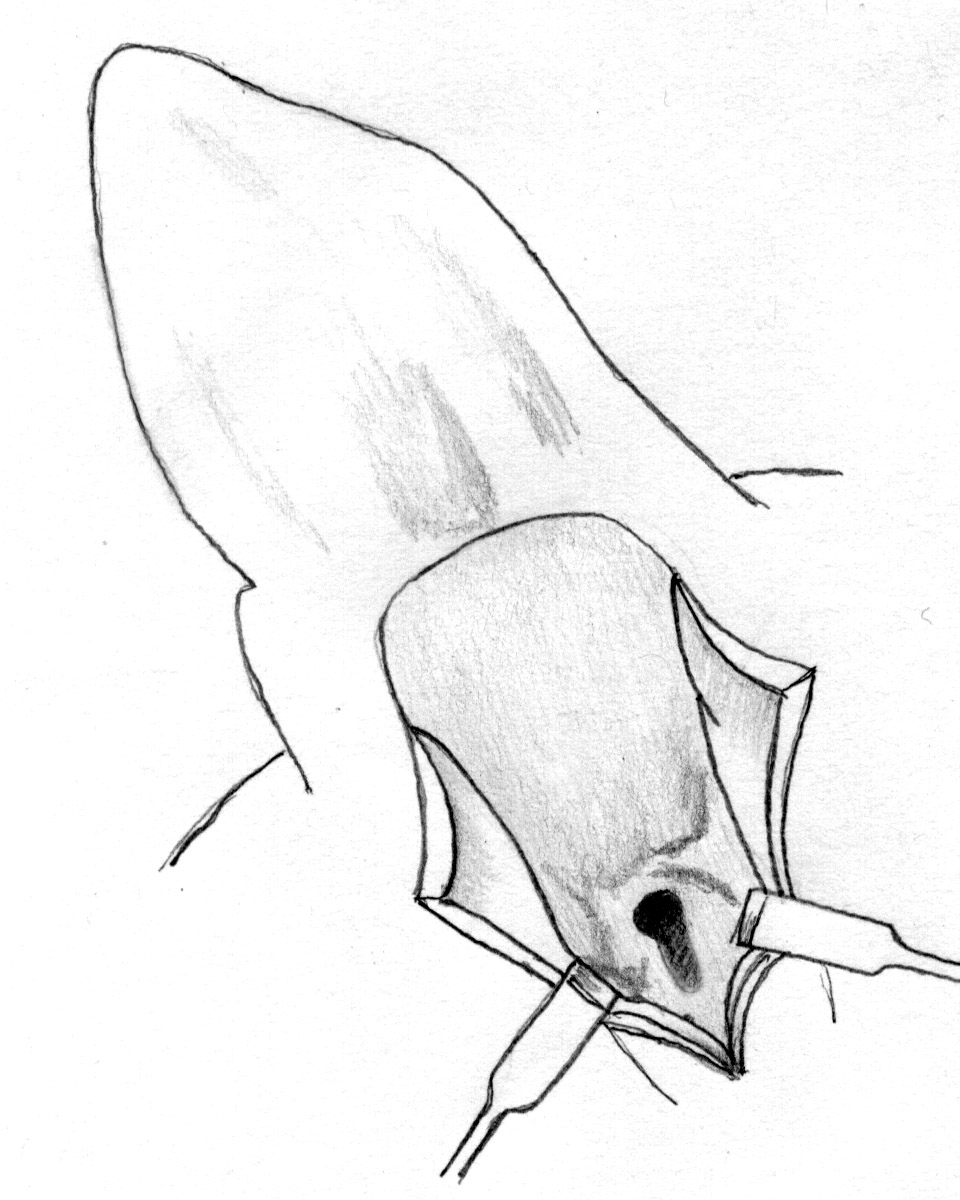 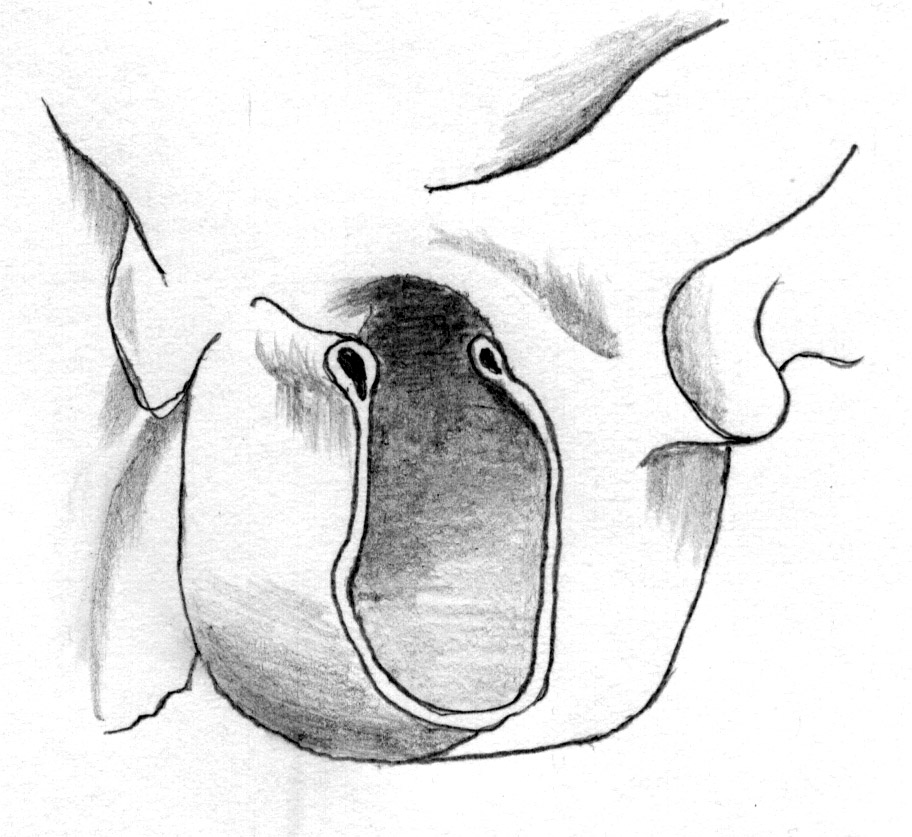 Both the vertical and horizontal ear canals are removed to the external auditory meatus. This hole is then enlarged with rongeurs (instruments for nipping bone). 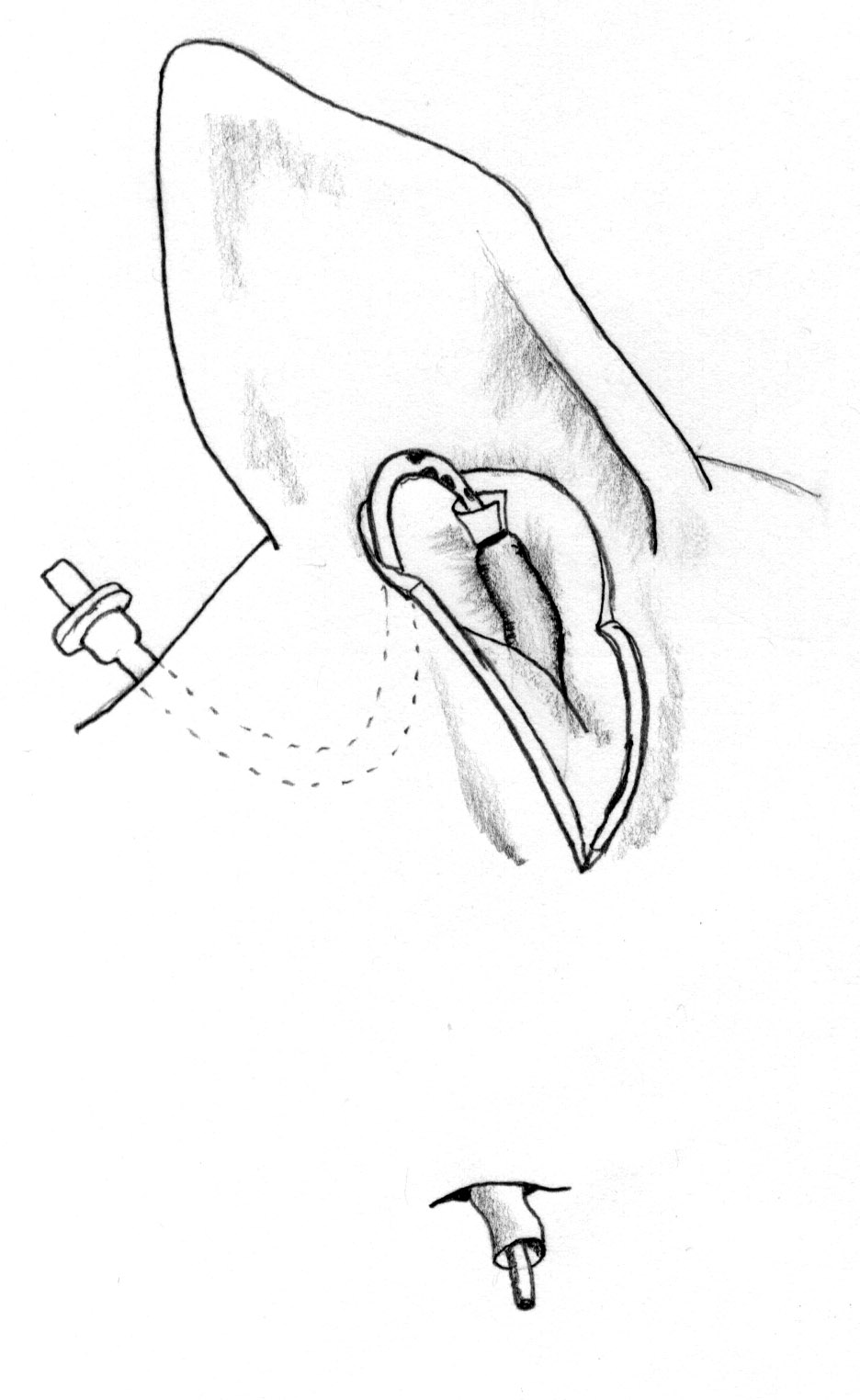 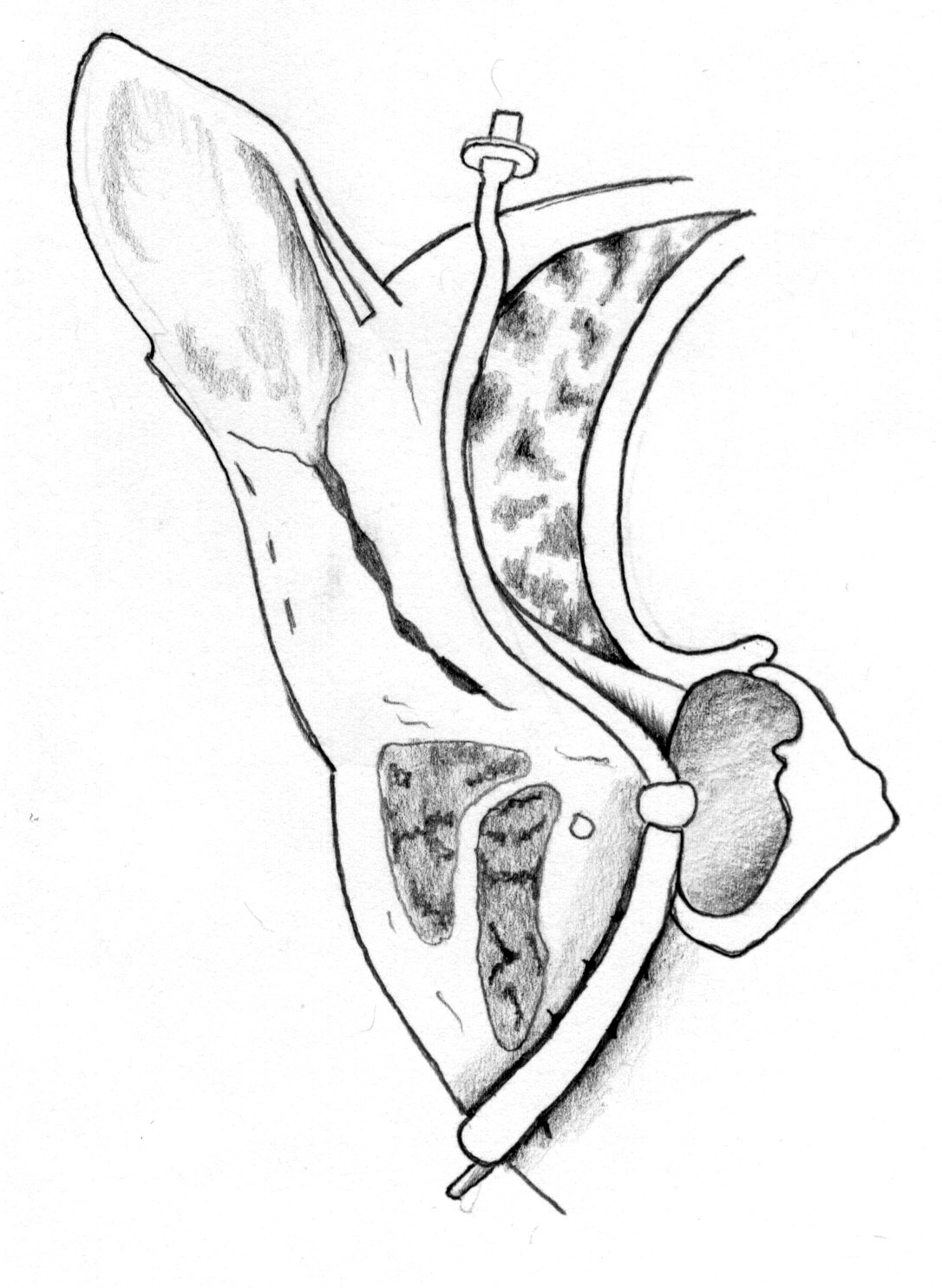 A drain is placed to allow flushing of the bulla. Two tubes are used – one fenestrated silicone and one Penrose drain over the silicone tube. Fenestrations are left exposed only at the level of the bulla.

Bulla Osteotomy is usually done at that same time as this surgery to allow for curettage and drainage of the middle ear. Most of these animals need the middle ear treated. Drain tubes are placed which exit above and below the ear and are used to flush antibiotics through the middle ear canal. This surgery is very involved and potentially dangerous.

There are many nerves that can be damaged, large venous sinuses that can be entered, and the possibility of post-operative skull problems – TMJ disease, etc.

This is combination of the above two surgeries. A bulla osteotomy will also be added if middle ear disease is present. The diseased external ear canal is removed but the horizontal canal is saved. A caudal ventral approach to the bulla allows preservation of the eardrum.