Legg-Calve-Perthes disease in dogs is also known as avascular necrosis of the femoral head. It is seen in young miniature and small breed dogs. The exact cause is not known but there is poor blood supply to the head of the femur which causes collapse of the femoral head and neck followed by resorption and remodeling. The condition is often bilateral. The signs are hind limb lameness with atrophy of the thigh muscles with noticeable pain on manipulation of the hip joint. Diagnosis is based on radiographic changes. Treatment is NSAIDs or femoral head excision.

OCD in humans refers to Obsessive Compulsive Disorder. In dogs, OCD refers to Osteochondrosis, a developmental disease of medium and large rapidly growing dogs. The cartilage layer in the joint forms a smooth surface which makes joint movements smooth and protects the bone from damage as the joint moves. The cartilage has no blood supply of its own and receives it from the bone below.

The ultimate cause for these conditions is unknown, but the most commonly cited etiologic factors are rapid growth, heredity, trauma (or overuse), anatomic conformation, and dietary imbalances. Large breed dogs should be fed a restricted diet to prevent them from growing too quickly and exercise should be restricted till skeletal growth is complete at 18 months.

Affected dogs will be lame especially after exercise, there may be restricted movement in the joint and swelling. The sites of lesions are:

Diagnosis is based on clinical signs and radiographic changes. On radiographs we are looking for flattening of joint surfaces, lucency (dark spots) or sclerosis (white spots) in the bone just under the cartilage, osteophytes (new bone cells), joint effusion (fluids) and joint mice. Plain x-rays are not always diagnostic so contrast can be injected into the joint (arthrography) to outline defects and flaps in the cartilage, arthroscopy can also be used to examine the cartilage. 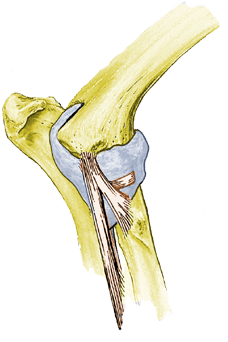 Treatment is surgery to remove 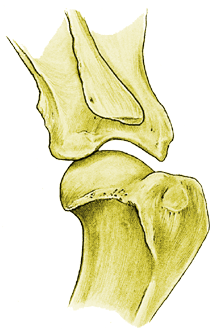 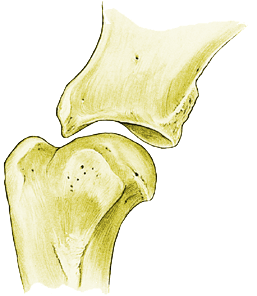 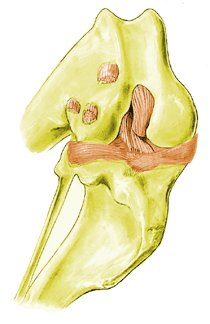